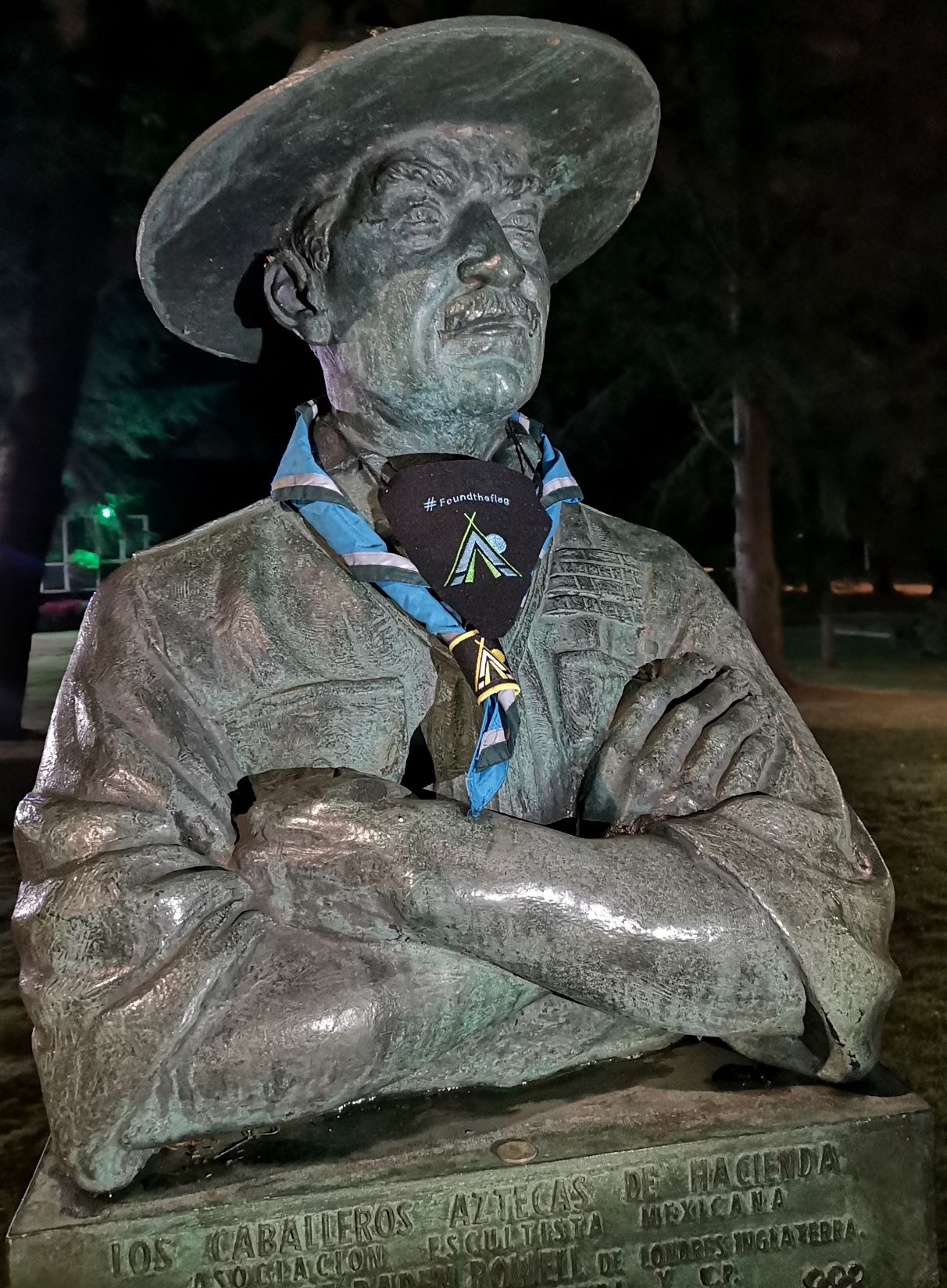 The Damboree Team took the idea to have a display stand at Reunion this year, so we invested in some bits and pieces to make us have a visual impact. We bought feather flags, table cloths, we had a CaptureTheFlag type event running alongside our presence, as well as the obligatory hoodies and polo shirts (Thanks Ang!) to make sure we were easy to spot and talk to.

Over the course of the two days the team spoke to a LOT of people about Damboree, what we are about, why we exist, and what we can do to support them within the Nights Away Scheme framework.

I’ll be honest, the Saturday was exhausting, I often attend these sort of “trade” shows, and I am always mentally knackered at the end of the day, talking to people hearing their stories, processing their feedback.

Reunion was no exception. We heard from many supporters of Damboree who were grateful we had taken the initiative and helped them over the line to get their Nights Away Permit or provide them with information to challenge perceptions and local rules.

This moral support from our peers in Scouting helps fuel us for the next Damboree cycle and is gratefully received. People making the effort to come and see us, and tell us those nice things, validates our reason to exist, and we’re very grateful as a team.

I had intended to go to the Scout Association Annual General Meeting, but I was enjoying myself too much on our little stand, that I decided not to go, but don’t regret it. The Damboree Team is really quite awesome.

The launch of the Damboree Scouts programme was welcomed and had brought into mind the idea of Group Damborees now that all the 6-14 sections had Damboree badge criteria. It was not something that had occurred to me personally, but it is a logical thing to do to help section leaders get their Nights Away Permits, and get young people under canvas.

We’re looking forwards to seeing Group Damboree photos shared with us over the 2020 cycle.

At Reunion in 2018, we took the view that a Damboree programme for Explorers was out of scope, and that the focus should peak at Scouts camping under Event Passports. However talking to a number of Explorer leaders at Reunion, it became clear that there is a broad range of capabilities in Explorers, and passporting is not common in Explorers either. So we’re going to look at this for 2021, but this may be addressing the wrong problem and that Explorers gets resolved over time by getting Beavers camping more often, and using that ripple effect upwards through the sections, but that’s not going to be a quick fix.

When I sit down and look at the wider impacts of Damboree, and the increase in the numbers of campers that results in, it means that if an average camp is 18 beavers, and an average campsite charges £4, each night’s camping generates ~£72 for a campsite.

We have had around 4300 beavers camping this year as part of Damboree, based on badge sales, average of 1.5 nights camping is around ~19£26,000 campsite revenue, on top of last years revenues where we had higher levels of participation within Beavers, if adults were charged camping fees too that’s ~£37,500, before you add in Cubs.

So the more Beavers camp, the more revenue campsites get, everyone wins.

So far this year we’ve added 50 permits to the permit count for Damboree, which takes us to ~300 permits as a result of Damboree events. It was great to be told at Reunion that those who have them wear their gold badges with pride.

In the UK, ideally Damboree shouldn’t exist, if there were no local rules, and all leaders (Esp Beaver Leaders) were encouraged to develop camp organising skills and experience to get their permits, and DC/ADCs actively supported their Groups and Leaders by removing barriers, whether that’s training, experience, or legacy perceptions about Beavers not camping because it spoils it for Cubs have been challenged and overcome…..

Sadly we still heard all those stories, and more, which was really sad.

The importance of strong foundations to build on…

Scouting is a progressive system, where as you move though the sections you require progressively less supervision, and young people gain confidence, competence and camping experience, those #skillsforlife.

Younger sections are incredibly important foundation to the Explorers & Network members getting top awards, the success of which we seem to internally measure our overall success by. How many young people have attained those #skillsforlife that mean they can call themselves a Queens Scout, for the rest of their lives.

By artificially limiting what Beavers, or the any of the younger sections can achieve, in their time within that section, you are creating a skills deficit at the top end of Scouting. Explorer leaders should be driving and supporting the younger sections to achieve more, do more, and explore more.

Damboree exists to support and enable young people camping, we do that through encouraging leaders to get their permits (Through their local District machinery) and we encourage the removal of silly arse barriers.

Our nationally-reaching Active Support Unit Team is here to help, we can come along to County or District events to encourage and support your County or District Nights Away Advisers increase the number of permits in their patch.

If you’re Commissioner type, or in a Nights Away Adviser role, or a Group Scout Leader, be an enabler, be a challenger, be an encourager, but also be an applauder, a cheerleader, be a celebrator of those leaders, helpers, parents and hangers’ on, that get your young people camping, and pushing them onwards with progressively less supervision, to achieve those top awards, and celebrating those successes along the way.